This class is a bit special, it allows all comers, R53s, R56s. Be they an ex-MINI CHALLENGE car, a track day car, or a Cooper S JCW of 2005 vintage. 180bhp per tonne is the rule. Yes, power output was checked and will continue to be checked by Torque Developments International with a hub coupled chassis dynamometer.

With rain in the air it was those who went out first that got a good time in. The rain fell on and off throughout the session. Being on grooved Dunlop Direzza tyres allowed grip without choosing to go onto full wets. But the first few laps with a drying track saw the best times. Scot Adam was on P1 with a very respectable lap of 1:25.334 closely followed by Ben Dimmack and Jono Davis. Scot did a quicker lap but that time was disallowed due to track limits being exceeded.

Some of the field of 10 did 10 laps in the 15minutes, others did just 5 or 6 laps as clearly the falling rain made improvement virtuallyimpossible.
Race 1: Weather: Bright/dry Duration: 15 minutes 11 Laps

Scot Adam on pole made a superb start, pulling away from Ben Dimmack. Ben finally caught up with Scot on lap 4 and took control of the race. Scot and Jono Davis were always in contention with the others some way back. Ben stayed in front and took the chequered flag. Subsequently he was awarded a 5 second penalty for exceeding track limits. This gave the win to Scot and P2 to Jono, Ben being left with P3. Andrew Tsang was looking a bit quick, unfortunately he pulled into the pits on lap 8 from 4th place. Great to see some of the older R53 JCW’s with that superb whine from the supercharger. Andy Montgomery had a superb R53 and finished in P5. Hopefully the grid will increase as the season progresses.
Race 2: Weather: Bright/dry Duration: 15 minutes 11 Laps

This race was really a spectacle between Ben Dimmack and Jono Davis. Scot Adam run away with the race as expected with his superbly built and handling car. P1 to P3 did not actually change at all during the whole 11 laps, but they did look great finally ending up .026 second apart! A good clean fight and lots of race craft on display. It was a great shame that it had to end. Rob

Austin (not the TOCA Rob Austin) had a good race. The rest of the field were a bit left behind. They seemed to be having their own race.
Race 3: Weather: Bright/dry Duration: 15 minutes 11 Laps

Last race and reverse grid time. Andrew Tsang was on pole alongside Rob Austin, P3 and P4 had Jono Davis and Ben Dimmack with Scot Adam and Andrew Montgomery P5 and P6.

Rob got off to a great start and led until the halfway stage, before putting up a strong defence against Jono Davis who had climbed his way up to 2nd after dropping to 5th in the early stages. Rob then found himself battling in the pack, ending in himself being helped off the track by another driver, this enabled him to recover to 8th when he really deserved to be battling at the front. Jono then extended his lead further before taking taking the chequered flag.

It was great to see the field swell to 11 cars. There was some great racing to watch from the front 5 cars. Scot Adam had a great weekend with a haul of trophy’s. Ben Dimmack finished in P3 to secure the last step of the Podium. 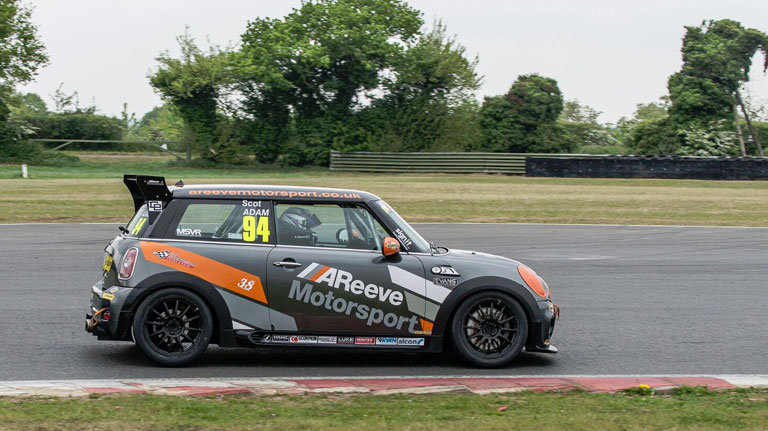 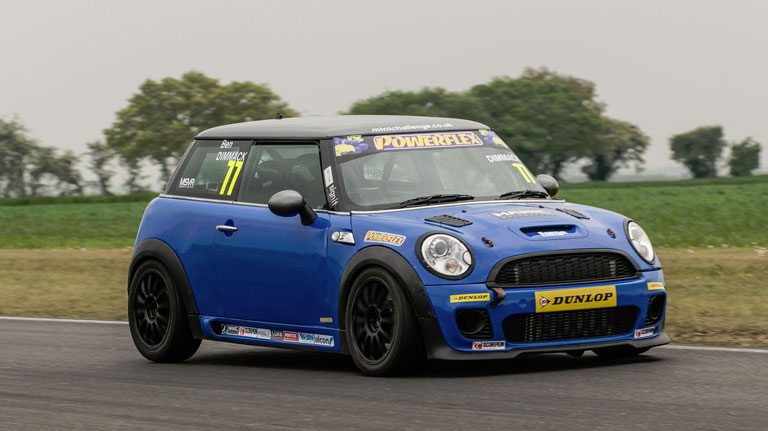 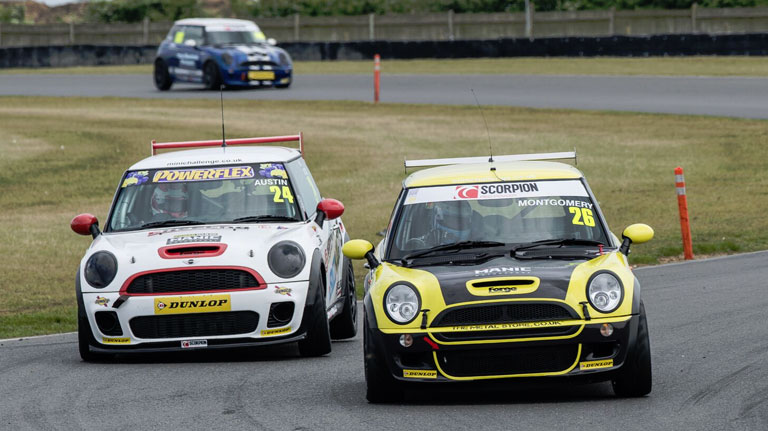 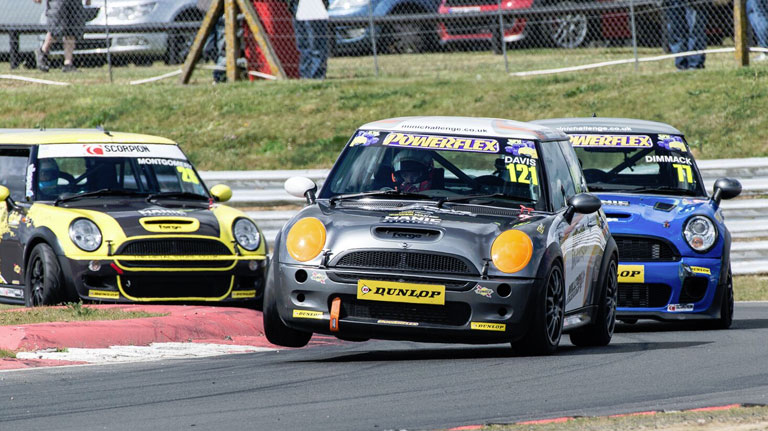 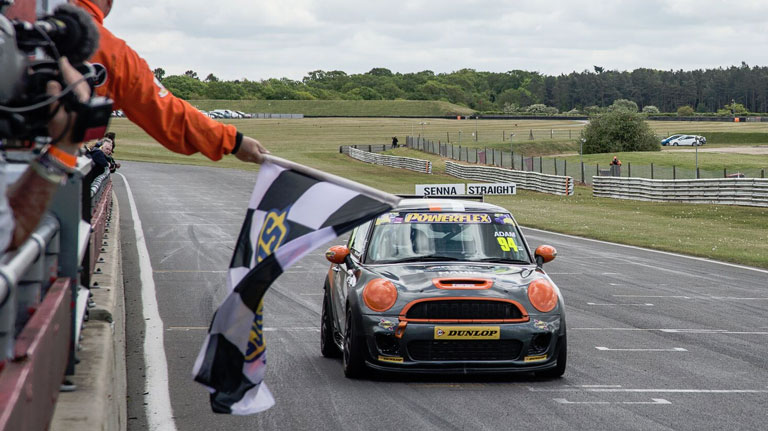 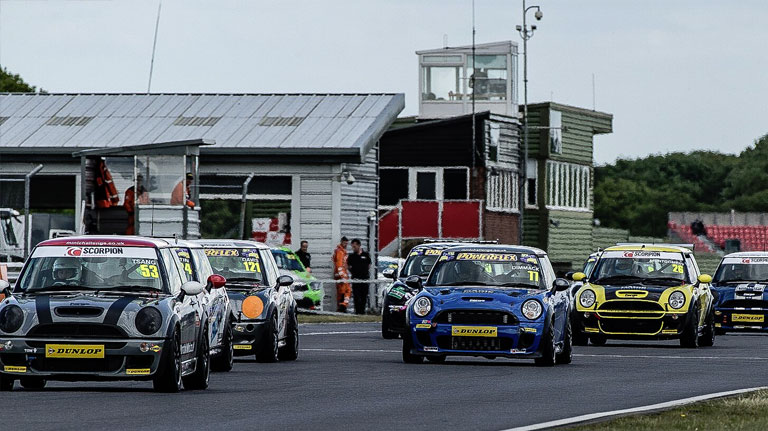 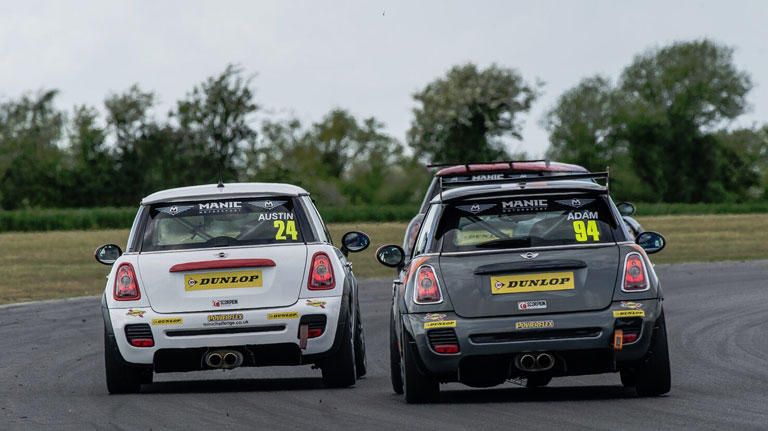 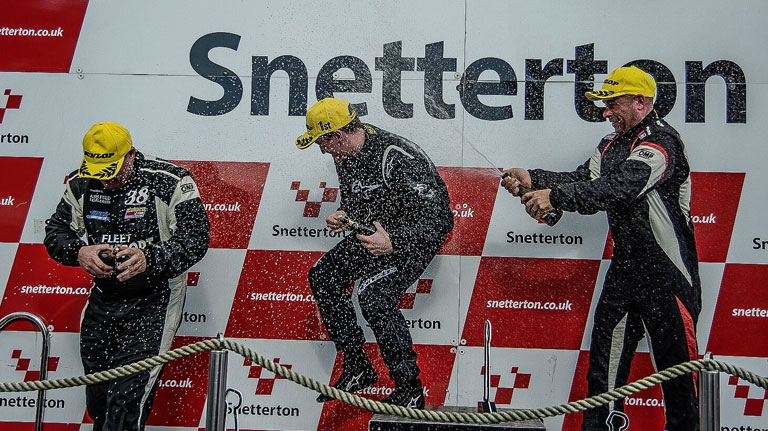