Jessica Hawkins showed 17 others that she was the one to beat.  A blistering performance, improving each time she went past the pits.

There were a lot of new names and new cars all out for the opening rounds of this year’s MINI CHALLENGE Cooper and Open class races. A test day on Friday had given a lot of valuable information on track layout and set up, with both wet and dry running during the test day.

The weather was bright but there were still damp patches in places to catch you out. The pro class were using slick Dunlops and clearly these were working well. The Am class used the treaded Dunlops which helped dry the damp patches.  Jessica, Richard Newman, Simon Walton and Matt Hammond all did 10 laps in 15 minutes playing cat and mouse. That is how they ended up.

The Am class was all a bit calmer with Stuart McLaren, Nicolas Griebner and Chris Middleton securing the top 3 grid places in their class. The rest of the field used the track time to feel their way and understand that the Cooper Class cars are great little race cars.

Lights to Flag Victory for Jessica Hawkins gave her the result that was so widely predicted.

Jessica had a great start and her lead just grew and grew as the race went on. Eventually her lead at the chequered flag was 1.7 seconds!

Simon Walton showed great pace early on following in P2; he was reeled in by Richard Newman on the 3rd lap. Simon flew off the track, eventually settling for P7.  Matt Hammond climbed up to 3rd place before a water pump gave way sending him to the pits, race over as well as depositing water all over the track on the 5th lap!  Sam Weller stayed in touch moving up from 5th on the grid to a well-deserved P3 at the flag.

In the Am class Stuart McLaren had a great race with Nicolas Griebner. Nicolas led his class for the whole race with Stuart overtaking him on the penultimate lap. Chris Middleton secured the final step on the podium with Adrian Norman and Neal Clarke behind.

Lots of happy smiling faces at the Podium, a great end to the first day of the Championship.

This Girl is good!  2 wins out of 2 with Jessica Hawkins again with a lights to flag victory. Could this be a female version of Max Bladon? BizKarts certainly know how to pick drivers to support. Quickest on the track was Sam Weller, he would have finished in 2nd place by 0.052 seconds but was given a 3 second penalty for ignoring a yellow flag. Sam very nearly took on Jessica, getting closer and closer but Jessica took the win. Owen Walton had a superb race climbing from 5th to 3rd and then being moved up due to Sam’s transgression. Richard Newman was running in 2nd place being overtaken by Sam and then by Owen he eventually finished 4th and was moved up to 3rd.

In the Am class Nicolas Griebner did not contest any races on Sunday due to other commitments. We will have to wait until Silverstone to see him in action again. Stuart McLaren won his class and beat 2 pro class cars with Adrian Norman having a great race in P2 and Neal Clarke in P3. Adrian being ecstatic to be on the Podium.  Last time was at Rockingham in 2014!

Nice dry track, following on from a Grid Walk, The sting in the tail being a reverse grid from 6th place. How would Jessica manage over taking? Simon Walton was on Pole with Matt Hammond on P2. Next up had Richard Newman and Owen Walton. Jessica was at P5 as Sam Weller had a 3 place grid penalty from the earlier race. A brilliant start Simon Walton out in front with Matt Hammond close behind. Jessica took her time and slowly overtook Richard Newman and Owen Walton, by the 3rd lap she was in 3rd and pushing hard. On lap 7 Matt made his move and got passed Simon Walton. He stayed in the lead until the flag. So, it was P2 for Simon and P3 for Jessica. Yet another trip to the podium!  Martin Poole managed to last a race and secured P5.

The AM class had Stuart McLaren winning the class again followed by Chris Middleton and Adrian Norman. These 3 have had a great start to the season. A well-earned trip to the Podium again and smiles all round.

What a great weekend for the 18 cars. A super start for the championship and very little panel damage, a credit to all the drivers and teams. 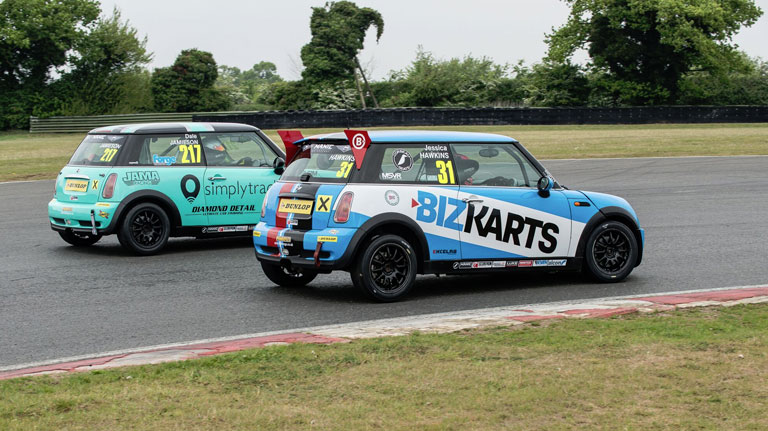 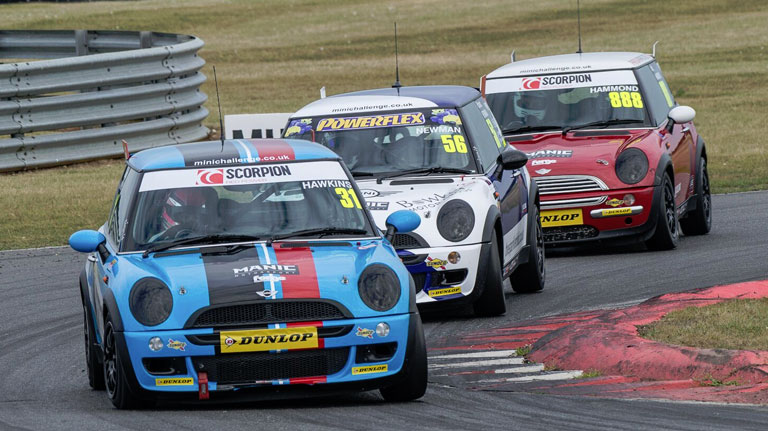 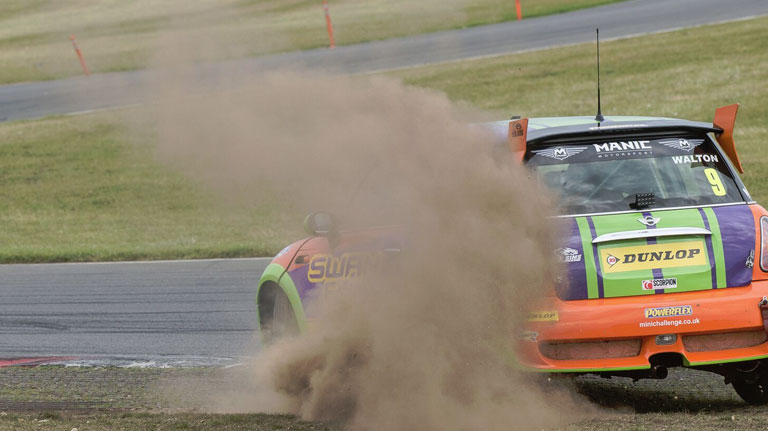 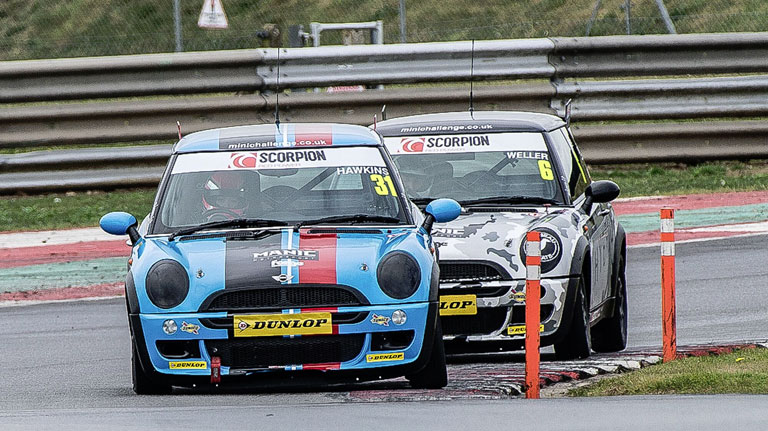 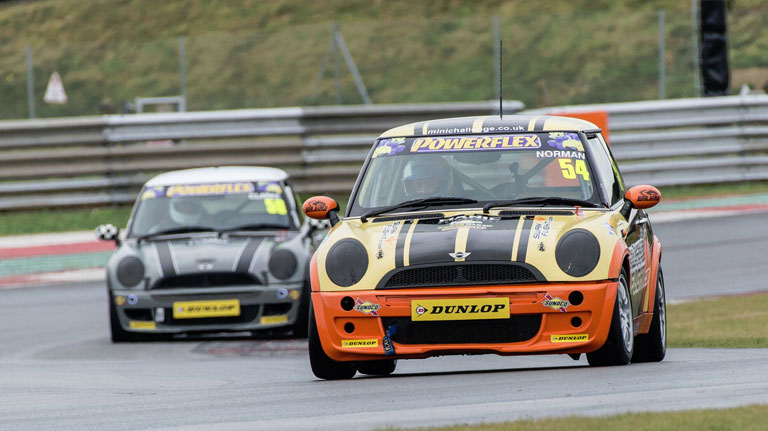 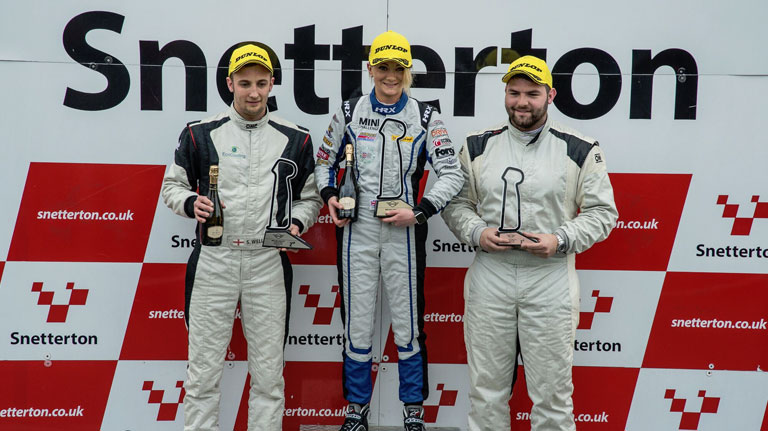 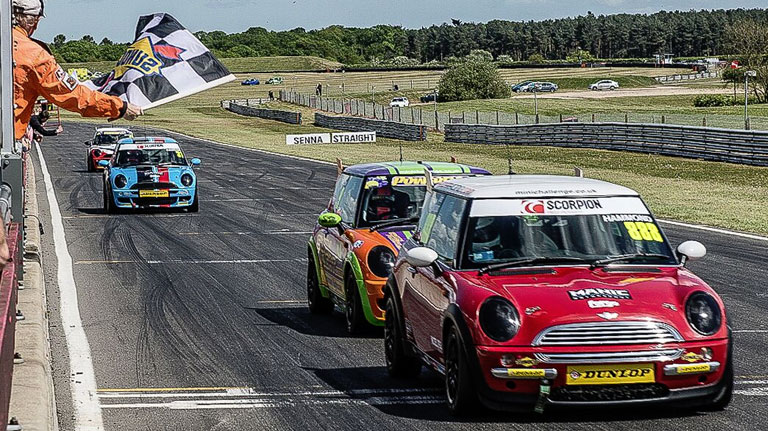 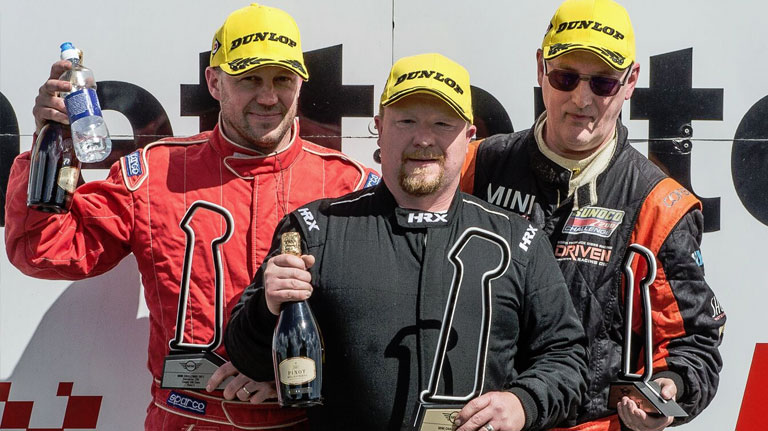