OX4 Racing Under the Microscope

OX4 Racing are one of the “smaller” teams in the MINI CHALLENGE paddock.  But why OX4? Well that’s the post code of the MINI Plant in Oxford where the MINI is built and where all the team work during the week. Of course, they all have a great knowledge of the workings of the F56 JCW because they help to design, engineer and build the road going version. Their F56 JCW is identical to the rest; their only advantage is a very intimate knowledge of the F56.

The team currently consists of James Loukes, Chris Fryer, Chris Oakman, Simon Reed, Dan Ryle, Dan Higgins and Jack Fairweather. James is team manager and has been racing since he was 15. He started in MINI stocks then moved into the Dunlop Mini7 Championship, then finally joined the MINI Challenge in 2002, and now of course he drives the new Gen3 JCW. Chris Oakman has long been associated with racing the R56 JCW.  He had an R56 out on the track just as it was launched, running in the Dunlop Sport Maxx Saloon Car series and also raced one in the MINI Challenge. Chris Fryer has similarly raced the R56 in the Trackday Trophy before joining the MINI Challenge.

James and the Chris’s take it in turns to race the new Gen3 JCW, so they will never win the MINI CHALLENGE championship but they strive for the best result possible, always have fun and are there to represent Plant Oxford and the MINI brand.

They also run an ‘associate recognition program’ at the factory where they reward factory associates that go the extra mile in their workplace. They put on track days, driving experiences and VIP days out to race meetings for those who excel at work – what a great idea!

In their day jobs James is in Quality/Engineering Management, Chris F is in Chassis Validation for current and new models, Chris O is in Paint validation and repair and the rest of the team fulfill various other positions around the Plant.

Originally the team was called ‘Oxford Associates Race team’, Since 2001 they raced in and supported the John Cooper Works MINI Challenge with full support from the Factory and in 2008 OX4 racing was launched.  The team has competed in the Birkett 6-hour race at Silverstone and won on their first attempt, timing their driver changes perfectly and pushing the R56’s to their limits for 6 hours – a great testament to the car!!

The team has been featured on the BBC2 programme “Building Cars Live” with a trip on camera around their workshop with their cars on display.

This year the team has moved up a gear with a new transporter and associated awning. They look the business and will always welcome visitors to try out their new deckchairs!! 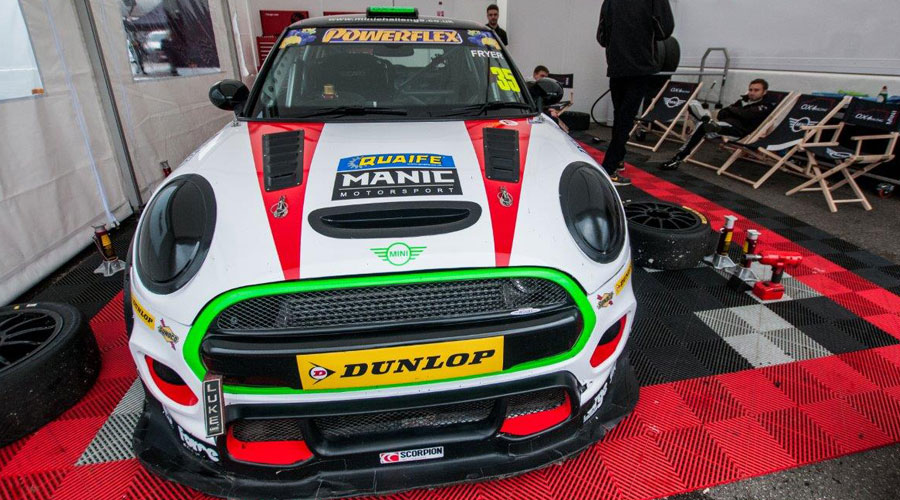 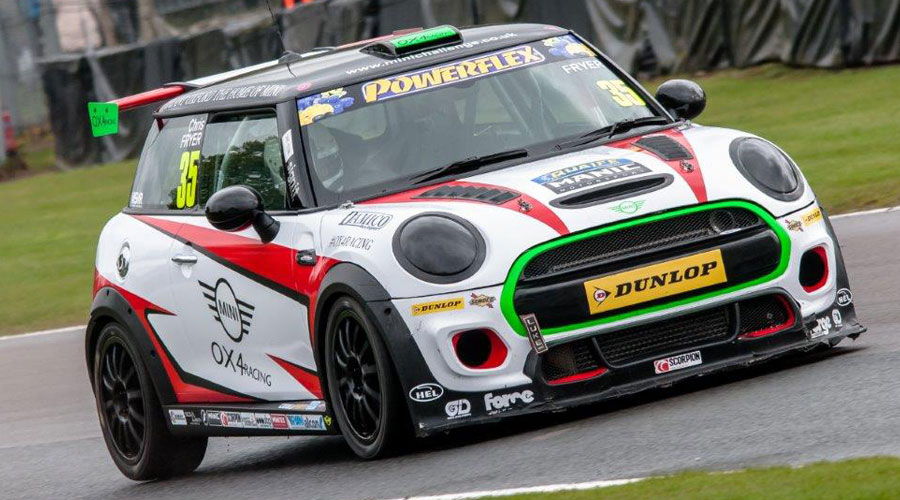 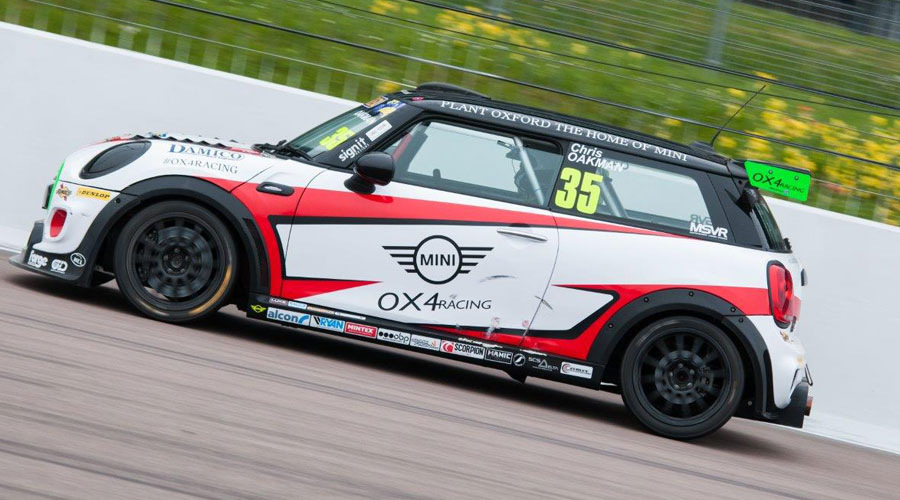 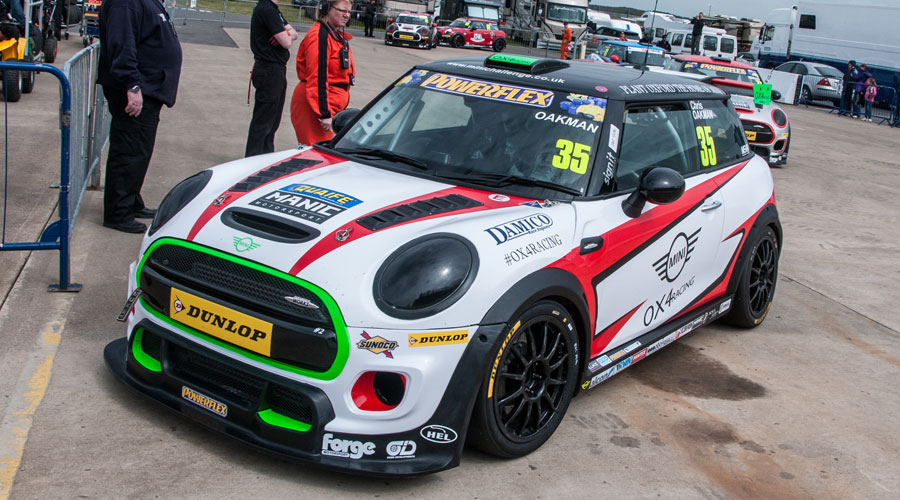