The premier JCW category heads to the Corby speedbowl for the second round of the season this weekend, with Butler-Henderson currently in control of the points.

Butler-Henderson leads the standings by a slender three points ahead of Brett Smith after scoring a win and a podium in the opening rounds at Oulton Park over Easter weekend.

Butler-Henderson has never won at Rockingham in his career so far, but is aiming to change that stat this weekend. He believes that the speedway-style track can be a curveball in the season. The Gen 3 F56 JCWs have only raced at Rockingham once, with CB-H scoring two podium finishes from the three races last year.

“I feel good heading into round two leading the points – the car is feeling good, I’m feeling good after Oulton Park – and now I just need to carry that momentum and keep it going,” said Butler-Henderson.

“Rockingham could be a real differentiator this year. It’s not everybody’s favourite circuit, and it’s not used as much as the bigger-name tracks, so nobody actually knows the circuit all that well. That can make the races quite unpredictable as we’re all learning as we go.

“It’s a track that’s hard on tyres, and can be hard on the car too, so you have to manage the race well there to make sure you don’t kill the tyres too early. It’s a track of two halves – you have the high-speed banking, where you get great grip and have to be so committed to get a good time out of the first and last sectors.

“The middle of the lap is totally different. When turn off the banking you have less grip, and the track then becomes quite tight and technical. There you have to be smooth and controlled to get the best time out of the car.

“Being only three points ahead makes things really tight, but I’m aiming to get that first win at Rockingham, and with it hopefully add a bit of a cushion in the points.”

The two MINI CHALLENGE JCW races take place on Sunday, April 30, and will be screened live and exclusive on the Front Runner digital TV channel. 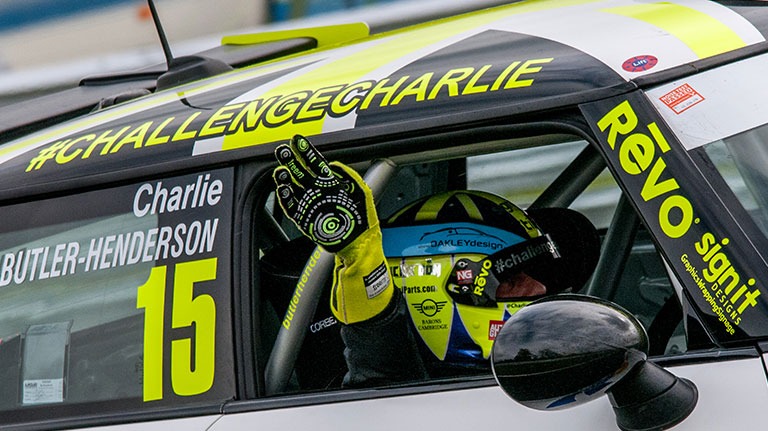 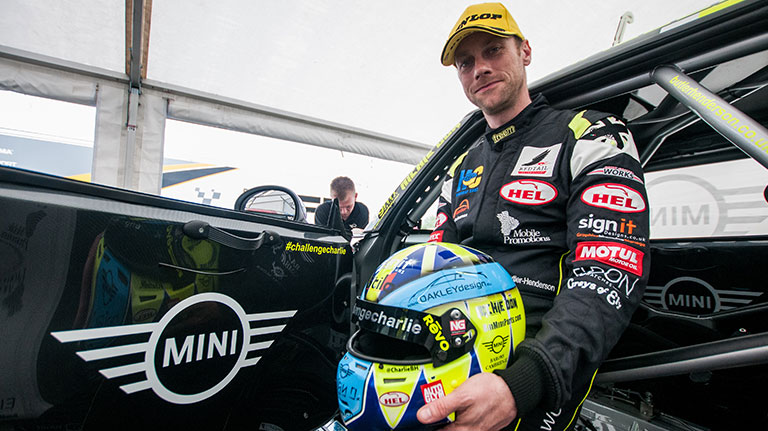 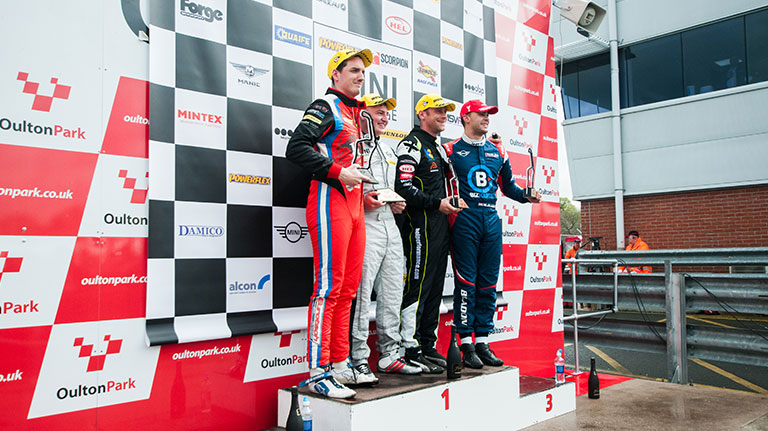