Mark Wakefield secured his first victory in the MINI CHALLENGE’S JCW class with an assured drive in a shortened opening race of the season at Oulton Park.

Wakefield, on tenterhooks with his partner in hospital expecting the birth of their child, looked in a rush as he made an excellent getaway off the line from his front row start and move into the lead past his Excelr8 team-mate and pole sitter Max Bladon up the inside at Old Hall.

Bladon suffered a less convincing start, quickly being swamped by last season’s runner-up Charlie Butler-Henderson, who made a lightning jump of three places from fifth. Bladon’s opening lap woes continued as Brett Smith snuck around the outside at the Brittens chicane.

Despite a good start, Rob Smith was soon heading backwards, losing out in a side-by-side duel with James Turkington up Clay Hill and into Druids, before losing sixth place to a recovering Reece Barr and immediately under pressure from Jeff Smith.

While Henry Neal was putting on an impressive surge, to move up five places to 13th by lap three, Butler-Henderson made his move for second with an excellent manoeuvre through Cascades. As in qualifying, last year’s champion David Grady struggled to make inroads into the top 10 as he and Neal passed Formula Ford 1600 convert Stuart Gough.

As Brett Smith set the fastest lap on the fourth tour to cut Wakefield’s lead to less than half a second, the local racer was forced on the defensive. But with Smith sticking to Wakefield’s rear bumper, their tussle began to slow each other down bringing Butler-Henderson into the squabble.

With the race reduced to only 13 minutes due to incidents earlier in the day’s timetable, Wakefield benefited from navigating the Cheshire circuit for only seven laps. By the final tour, Brett Smith was forced to focus his attentions on his mirrors as Butler-Henderson closed in further, enabling Wakefield to pull out the largest advantage of the race.

Bladon continued to pursue the leading trio, but with Turkington closing in his mirrors, fourth was the closest his would manage.

“I got off to a lightning start, it was tricky as it was still wet on that side of the track and I did get wheel spin,” said a delighted Wakefield. “The car felt like it was pushing away from me but later in the race I managed to get it under control and it wasn’t until the final corner that I felt I’d got the win. I’m over the moon.”

Smith was full of admiration for Wakefield’s defensive skill: “Mark didn’t put a foot wrong. Charlie left the door open at Cascades as there was no grip on the outside which is where he had placed his car.

“It wasn’t worth the risk to try to pass Mark towards the end of the race. I’m targeting the title and didn’t want to score a DNF so early in the season.”

Butler-Henderson added: “We were on wet tyres with the track now totally dry, so we decided just to push the tyres and go for it. Under braking the car was a handful but it was good fun.” 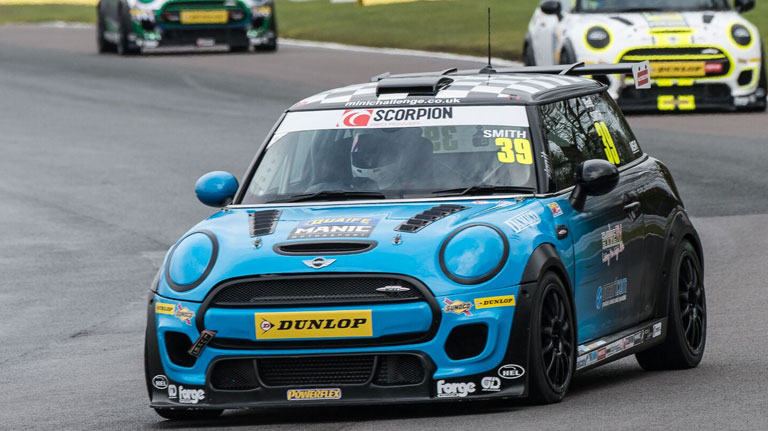 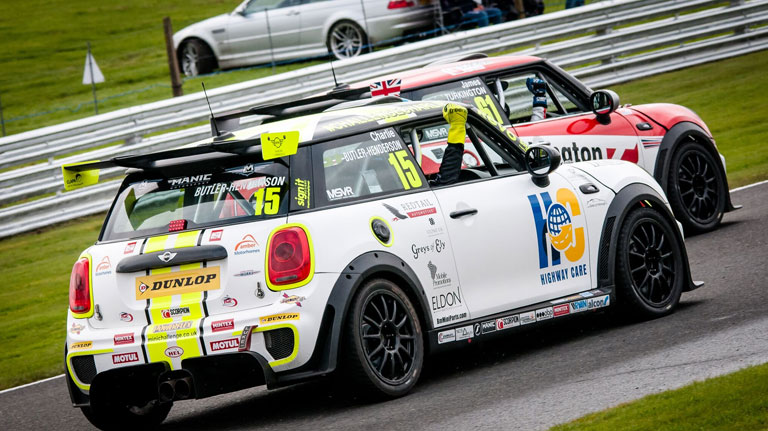 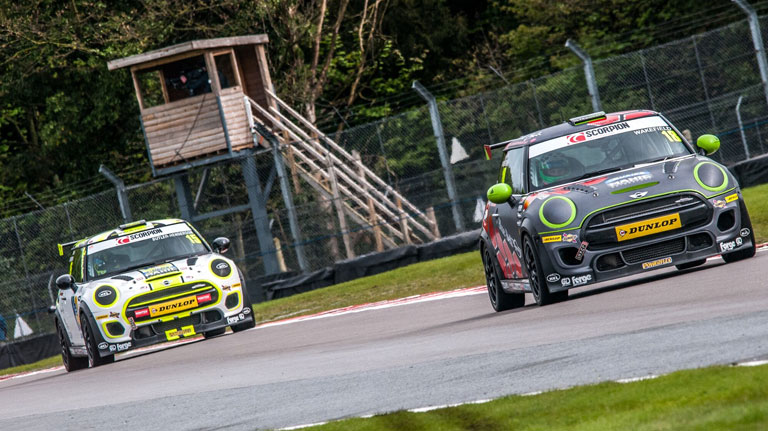 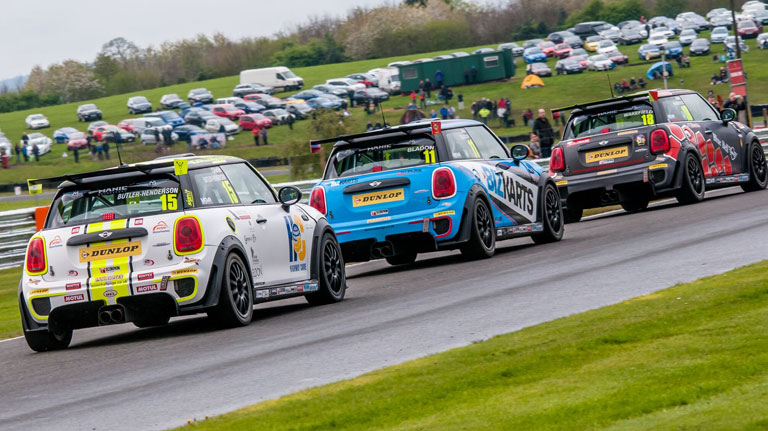