Catching up with: Keith Issatt

A MINI CHALLENGE regular for over a decade, Keith Issatt recalls why he got started in motor racing, and why he keeps coming back to MINI racing.

What got you started in the sport?
“My wife bought a basic Cooper for the road and I took it for a track day at Goodwood one day and caught the bug from that. I loved the sensation of it and it was just your standard Cooper with a Works conversion on it, so it had a fair bit of grunt, much like the racing versions. I decided if I was going to keep doing track driving I’d better go and buy something a bit safer with a roll cage in it, so I bought a Cooper Class car and entered the CHALLENGE in 2005.”

Do you have any highlights?
“My first win in 2005 was very special, and very emotional too. My wife had sadly passed away toward the end of the season, but I decided I wanted to continue with the racing and we had a round at Silverstone three weeks after. And I won it as everybody went out on slicks, but I chose wets and it absolutely tipped it down at the start. I’d qualified about 13th and ended up first Cooper home and even got past some of the Cooper S cars up front. It was like divine intervention. And it was just a special and emotional moment for me.”

“I also had an amazing weekend at Spa-Francorchamps in 2007. Alan Taylor and I had been doing a little bit in Britcar, and that shared a date with the MINI CHALLENGE that weekend so I did both. We were second in class in Britcar and I had a second and a win in the Coopers too. Around that track it was a dream”.

“Winning twice at Brands Hatch in the Open 180 Class this year was special too. I’d had a big accident at Brands two years previous, so to put that behind me and win twice was great. Then there’s always 2008, when I beat a certain Antony Williams in the championship. I’m always keen to remind him of that year.”

What brings you back?
“I’ve done a MINI CHALLENGE race every season since 2005, which was my first. I did the full championship from 2005-’08 in various different classes and then again in 2014 in the Cooper S. I’ve raced the Coopers and the S Class cars. The Coopers are great fun, but the S cars are more of a CHALLENGE and there’s more driver skill involved in getting the best out of the turbocharged cars”.

“This year I wasn’t planning to do much and did a few Classic Sports Car Club races with the Cooper S, and then decided to give the CHALLENGE a crack again as that’s where you really need to be if you’re a MINI racing enthusiast. I’ve raced Renault Clio Cup cars, BMWs and Volvo C30s, but I keep coming back to the MINIs. It’s the sheer enjoyment of them. They’re fast enough to be a real CHALLENGE, but they’re not too quick that a 59-year-old bloke like me can’t jump in and have some fun.”

What do you make of the new Open 180 class?
“I think it’s absolutely brilliant. This is the future for the turbocharged R56 and supercharged R53 cars. A lot of people have still got the older CHALLENGE cars and want to race them and having things equal, with controlled costs, makes it very appealing. And most of all it’s good fun. I’d like to be back next year, but it remains to be seen. If not I’ll make sure my car is on the grid, even if I’m not racing it.” 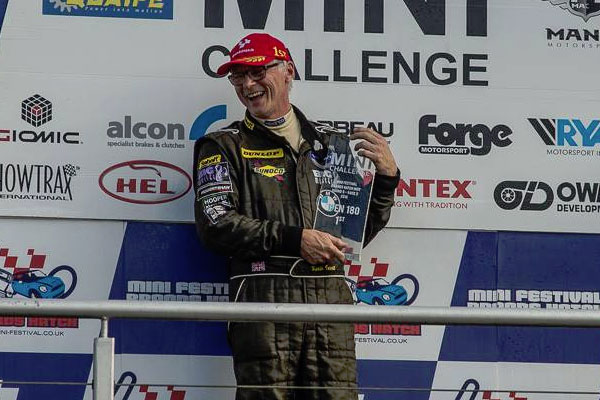 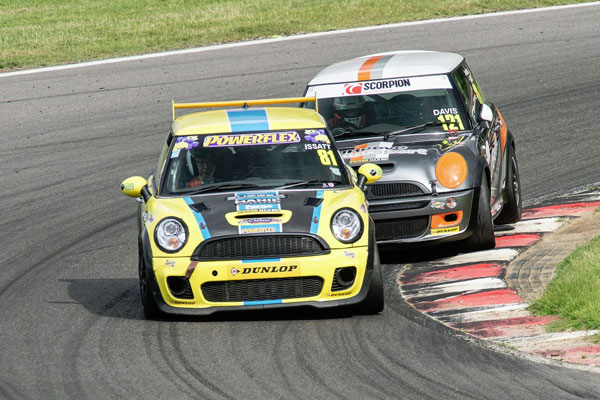 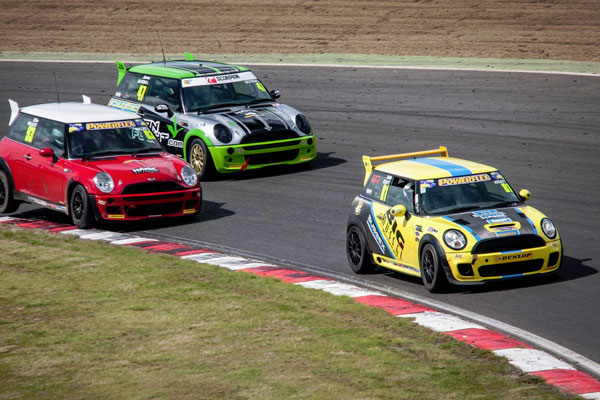