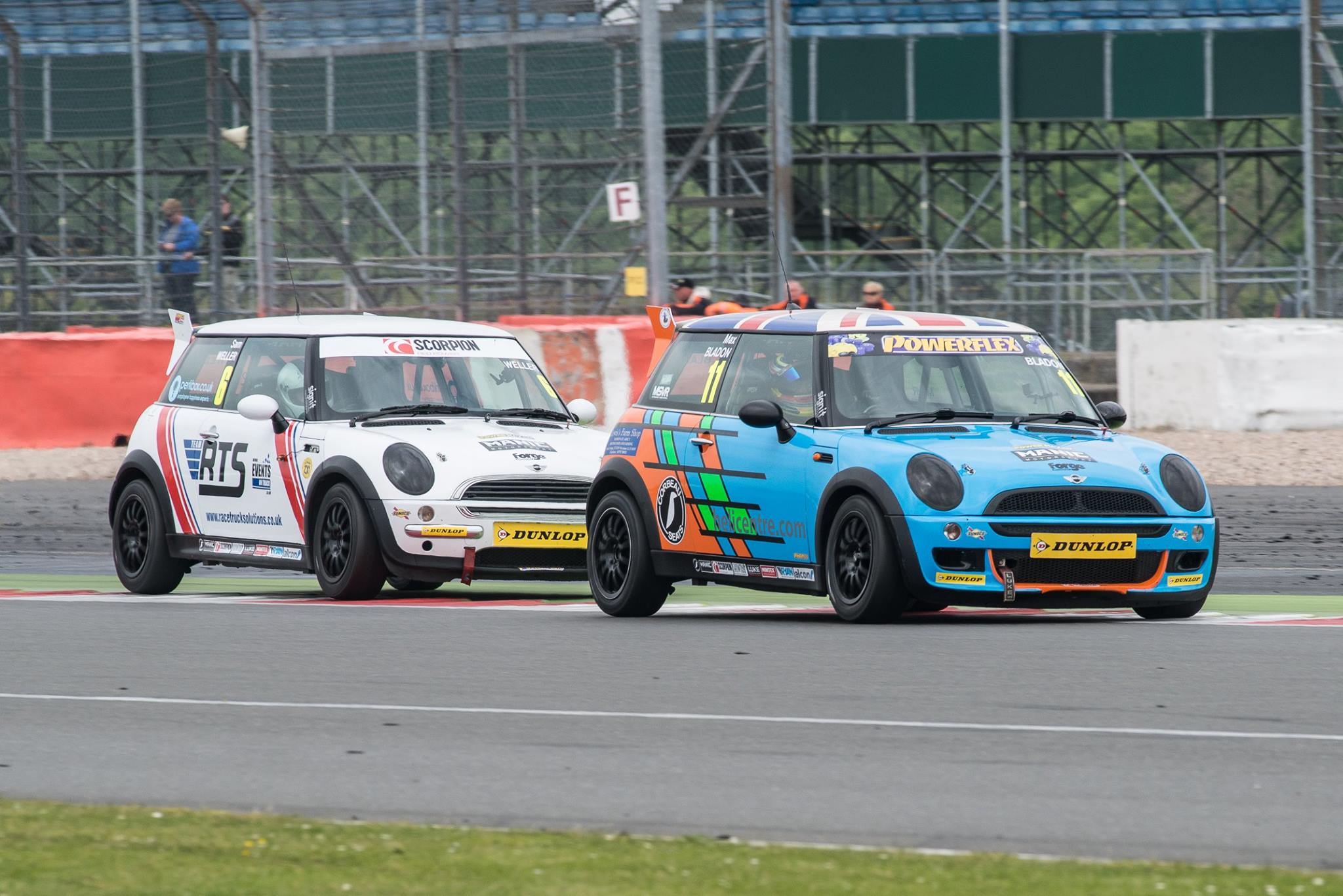 Car racing rookie Sam Weller is aiming for his breakthrough victory at Rockingham this weekend, after sampling the champagne in the Cooper Class for the first time.

Weller was one of the stars of the three races at Silverstone, claiming two second place finishes in his Perkbox-backed car, which is run by RTS Motorsport. Before this season Weller had only competed in the Time Attack sprint series, driving a Peugeot 106.

Weller says his rapid rise up the Cooper Class order has given him confidence to push for wins in the near future as he attempts to overhaul class dominator Max Bladon.

“To be honest before this year I had no idea where I was going to stand as I only had two test days pre-season and a few track day, and this is my first experience of proper wheel-to-wheel racing,” said Weller.

“Silverstone was amazing. I was happy with the pace at Donington Park so to take that to the podium twice was brilliant. I’ve adapted to the car pretty quickly. I’ve been working with one of my close friends [ex-Formula Ford racer] Linton Stutely, to pick up some tips and tricks about car control and race craft. That’s helped me get my head around things very quickly.

“Rockingham is a crucial weekend as so far Max has had everything his own way and we really need to start taking some point off him. I’m in the fight for the championship, no doubt, and I need to be beating him to stand a chance. I know Josh [Gollin, second in the Coopers] had some engine issues last time out, so it shows that things can turn around. I know the layout of Rockingham but I need to learn how it evolves with slick tyres and cars at full racing speed, but hopefully I can get a grip on it quickly and be up there fighting for the top step, as that’s where I want to be.”

In the accompanying Cooper S Class Scot Jeffs holds a 51-point lead after a flying start to the year. He’s taken advantage of mechanical woes for championship favourite Steve Cocker to snatch wins at both Donington Park and Silverstone. Tim Porter is in second place, with Cocker in third.