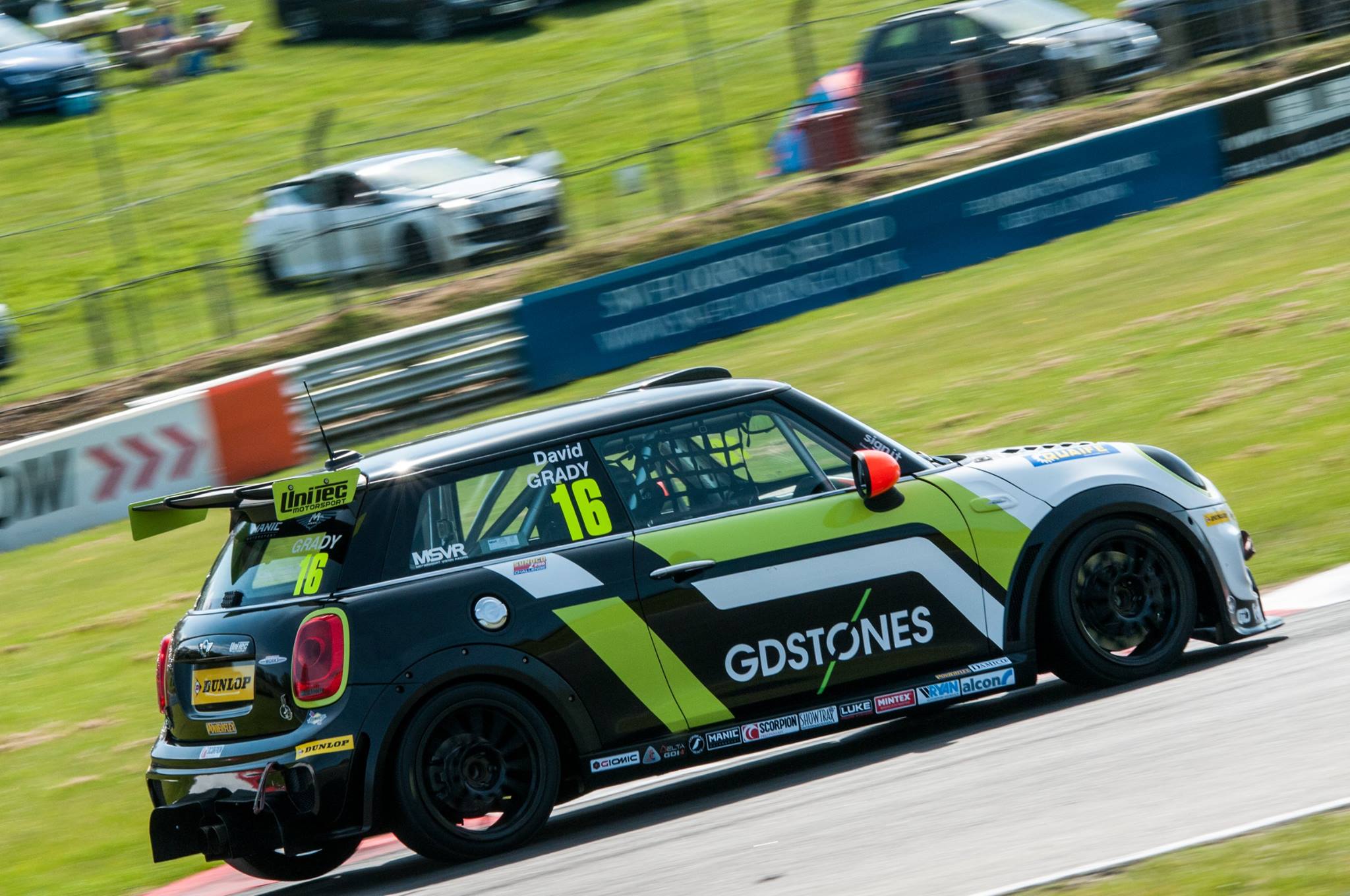 Silverstone double-winner David Grady is confident of continuing his climb up the points table as the MINI Challenge season his the halfway stage at Rockingham this weekend.

Grady grabbed his first pole position last time out in Northamptonshire and converted that into two race victories, his first since Brands Hatch last season. The results have moved last year’s runner-up into fifth place in the points table, 60 behind joint table-toppers Charlie Butler-Henderson and Nathan Harrison.

Grady said he was confident of more strong results in Corby this weekend: “Silverstone was really important because when you get a chance to be a race winner in this championship you have to take it as it’s so close at the front, anybody from the top 10 can win.

“After Brands Hatch [round two] we took the engine out of the car as we suspected we were down on power, then first race back and I’m on pole, so hopefully whatever the issue was is fixed. We’ve also worked hard on the set-up on the rear of the car, trying to remove some traction to get better rotation through the corners. At Silverstone the car felt great and the set-up should work at Rockingham too.

“Rockingham is a circuit of two halves really. You have the high-speed banking, which is flat-out and then the heavy stop for Deene Hairpin. Then the infield is very technical, it’s like Snetterton really, a track where you have to be thinking more about corner exit and getting the car placed correctly for the next few turns. I think it will be tight racing around there, but I’ve competed there in Ford Fiestas and Formula Ford, so I’m probably ahead of most in terms of experience, so hopefully I can take advantage of that.”